A recent study by Ford research boffins in Europe highlighted that regularly driving a sports car can greatly increase your sense of well-being and emotional fulfilment. Therefore unfortunately, although our off-roading friends may find a certain sense of pleasure slowly wallowing around in the mud ruts of the countryside, they have evidently been missing out on the joy that comes with a high performance ride by owning a mere ute – but now, all that is about to change, thanks to the introduction of the Ranger Raptor.

Although the Ranger nameplate has been around since the 1950’s, when the Australian designed and developed Ford Ranger (codenamed T6) hit our shores around 2011, New Zealand embraced it with open arms. It’s not just a very popular ute, right now it’s NZ’s most popular vehicle full stop! Having just attended the international unveiling of the Ranger Raptor in Bangkok, it would appear that there is no laurel resting in sight, in fact, much to the contrary.

First of all the Chassis and Suspension. Both have been specifically created and optimised for high-speed off-road driving. The chassis has been uniquely designed from HSLA (high strength low alloy) steel to endure the anticipated relentless pounding it will receive off the tarmac, while the exclusively manufactured Fox Racing Shox dampers (which cost the same as a 4 cylinder engine) and bespoke Coilover rear suspension ensure the driver and passengers don’t. So ultimate high-speed handling off-road with class-leading comfort on all terrain paved or not.

When it comes to the drivetrain, Ford Performance have opted for the best diesel engine they could develop, a 2L twin turbo (sequenced low and high pressure) and coupled it with their F150 Raptor sourced 10-speed box. This finely crafted combination (they even tried out a 12 and 13-speed box) creates 157kW of power and, wait for it, 500Nm of torque with better acceleration and responsiveness.

The Ranger itself is not exactly shy and retiring in size, but the Raptor goes several steps further. Standing 1.87m tall, 2.18m wide and 5.4m long it’s quite a big beastie. Ford has also increased the ground clearance to 283mm and as it sits on All-terrain BF Goodrich 17” tyres, the wading depth has grown to 850mm too. For those that love the gradients, the approach angle is 32.5 degrees with ramp over and departure angles sitting at 24 degrees – it’s quite the combination.

They haven’t played down the looks either. The new Ford grille takes its design cues from the F150 Raptor, with a frame mounted front bumper system complete with LED fog lamps and functional air curtains. Composite materials are used to toughen up the wings and flared arches cover the long travel suspension and oversized tyres. Side steps prevent rocks and debris hitting the rear of the truck and they are hole cut to drain the likes of sand, snow and water.

To go along with the comfortable ride, there is a raft of interior refinement for you to languish in. Blue stitching and leather accents surround the cockpit. A new Raptor wheel with perforated leather hand grips and magnesium paddle shifters. Specially designed seats with dual hardness cushions are side bolstered to keep you secure wherever you may dare to venture and the Raptor comes loaded with Driver Assist Technologies (DAT) and safety features, from the Sync 3 system (with ‘breadcrumb’ SatNav) to its Roll Mitigation function.

To keep you on top of virtually all terrain, the Ranger Raptor comes with a variety of driving modes. For on-road, you get the choice of normal or sport, while off-road there’s Grass/Gravel/Snow, Mud/Sand, Rock and then there’s Baja mode.

For those of you that may not know, the Baja 1000 is an off-road race that takes place in Mexico’s Baja California Peninsula. It’s a punishing 1,287km loop that invites vehicles of all shapes and sizes to (largely thanks to the excessive speed and deep undulations) ‘fly’ around the course. Ford has been trophy winners on numerous occasions with the Raptor taking out the top honours again last year. In recognition of their success at this event, the Ranger Raptor has introduced ‘Baja’ to its driving modes and this is what it does…The Traction control intervention is pared back allowing more driver control as the speed is increased. Gear selection is optimised for maximum performance and the joy of aggressive downshifting is available to you in spades.

The Ranger Raptor fills the gap that most of us didn’t even know existed. It takes the spirit and essence of Ford Performance Vehicles and puts it into the hands of those out there that like their adventure to extend to the great outdoors and beyond. It promises to be a thrill of a ride without any bone-jarring discomfort, stirred not shaken so to speak.

If all the research is correct and sports cars do in fact enliven the soul, then the Ranger Raptor certainly puts the Baja haha into off-roading. I for one, can’t wait to get behind the wheel.

Interested in leasing the new Ford Ranger Raptor? Give us a call today on 0800 275374 or fill in the quote request form below to get the ball rolling. 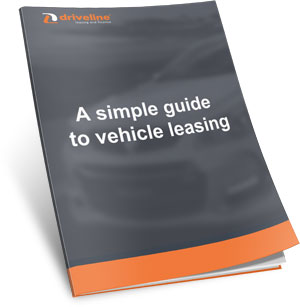 Want to find out more about leasing? Check out our Simple Guide to Vehicle Leasing

*This review was originally published on Tarmc and has been republished with permission from the owner.

We had the opportunity to take a closer look and test drive the all-new Kia Sorento. Our first impression of the vehicle … END_OF_DOCUMENT_TOKEN_TO_BE_REPLACED

Mitsubishi has gone full 'Beast mode' on the Pajero Sport for 2020, giving it a new, more Triton-esque face and jamming … END_OF_DOCUMENT_TOKEN_TO_BE_REPLACED